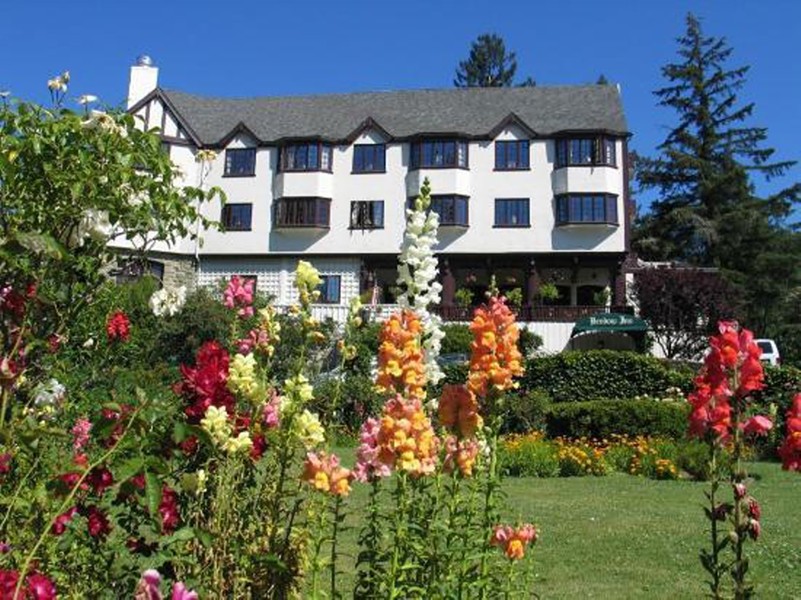 The Benbow Historic Inn filed for a Chapter 11 bankruptcy protection yesterday after going into debt to bring the Humboldt County landmark up to meet federal Americans with Disability Act standards, according to John Porter, managing partner for Benbow Valley Investments.

“We just filed for reorganization,” he said, characterizing the situation as a large national financial institution bullying a local business. “It is kind of the beginning of the end of fighting with US Bank – with them acting in an uncooperative and unethical way… The only mechanism we have to keep them from beating us up is the Chapter 11 laws. ... There’s going to be a fight involved but we feel we’re going to come out on top.”

He explained, “We are going to federal court and we think we have a pretty good chance… We don’t feel happy we are in this position but we feel the outcome is going to be positive for us and for our employees. … This filing will stop the process of the them setting up a receiver to run the property.”

In 2016, Benbow Valley Investments began the $8.5 million renovation that not only upgraded the Inn with an elevator to meet ADA requirements but added new kitchens, new restrooms and 10 new rooms for guests — all but one of them decorated in honor of each of the nine original Benbow brothers and sisters.

However, according to Porter, the construction loan, which began with a local branch of the US Bank, was moved to a succession of different bank employees located all over the country. “Every time they moved it around, we had to get [the new loan officer] to understand what we were doing,” Porter said.

Porter insisted, “We made every payment on time – never missed a payment,” but US Bank didn’t want to roll over the construction loan to a longer term business loan. They stopped accepting payments from Porter in February, after the construction loan time ran out, he said. However, Porter insisted he has continued to set aside the money owed every month in an account and is prepared to pay it.

Normally, he said, a business would “get a construction loan [and] part of the loan is an agreement they will convert this to a term loan under certain conditions.”

This loan would normally be a 25 to 30 year loan and Porter thought that he would get such a loan from US Bank for the Benbow Inn.

“Now most banks would work with you,” Porter said. But he didn’t feel that US Bank was being flexible in setting the terms.

“We started to look at other banks,” he told us.

“They [US Bank] did everything they could possibly do to prevent us from getting another loan,” he said. “Then US Bank files a notice of default.”

This, he said made it difficult to get other banks to provide favorable terms that made financial sense to the inn's owners.

According to Porter, “US Bank then filed a notice of sale that is set for Oct. 10…Our way of stopping this is reorganization."

Porter said he's looking for a seven-year loan, which would allow them to refinance.

“We fixed the inn so that people are now going to be able to enjoy it for 100 years," he said. "We did the right thing… We’re not failing… We have money in the bank. We’ve been setting that money aside for the payments… We only have one secured creditor–U.S. Bank… The courts are going to look at this historic property that is an economic driver and aren’t going to ignore that.

“We’ll get through this and move on," Porter continued. "We’re not going anywhere and we’re not selling.”

Efforts to reach US Bank for comment before posting were unsuccessful.

A press release from the Benbow Inn is copied below:

Benbow, CA (September 27, 2019) - Benbow Valley Investments, dba Benbow Historic Inn, owner of the premier historical hotel in Humboldt County since 1994, announced today that it has initiated proceedings for reorganization under Chapter 11 protection to preserve value and continue to serve its loyal guests with the best accommodations and cuisine in Southern Humboldt County.
In 2016 the Benbow Historic Inn commenced an inspiring update of the hotel, in part to meet the goals of the Americans with Disabilities Act, and to improve its capacity to serve the needs of its guests and develop group business. The construction project included a major expansion of the hotel, adding a new east wing that had been envisioned by the Benbow Family when the hotel opened in 1926.
“We knew we needed to make the Inn ADA-compliant and the best way to accomplish this was to install a 5-stop elevator”, said John Porter, the Managing Partner of Benbow Valley Investments.
The expansion plans not only included the spacious elevator but also a ground-level check-in/out lobby, two new meeting rooms, four public ADA restrooms, three ADA guest rooms, seven new guest rooms on the fourth floor, two new state of the art kitchens, a new cocktail lounge, and new state-of-the-art heating and air condition systems.
Despite its faithful and timely performance during the course of construction, Benbow Valley Investments was informed that the bank which financed the construction would not fund a permanent loan, and in February of this year it began foreclosure proceedings. The time it is taking to find a permanent replacement lender, has led the Inn to filing for reorganization protection. The filing will ensure the continued operations of the Inn, preserve the jobs of our dedicated employees and protect the value of the Inn for all stakeholders. “We will continue to operate the Inn as normal, as we have in the past and emerge from the reorganization process that will treat all creditors, fair and equitable under the law”, Porter said.
“This is not an issue where the Inn is failing. Occupancy and room revenue at the Inn have been on budget and our plan to build group business is working,” continued Porter. “We plan on coming out with a resolution that will work for us financially and continue to provide an exceptional, world class travel experience for our guests.”
Benbow Historic Inn was opened in 1926 by the nine brothers and sisters of the Benbow Family, each of whom had their own exceptional skill set. Benbow Valley Investments is the fifth owner including the Benbow Family.

Editor's note: This story was first published at www.kymkemp.com and is reposted here with permission.