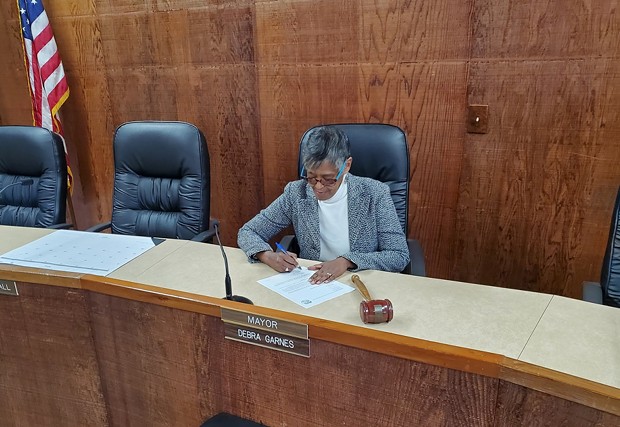 Rio Dell Mayor Debra Garnes has sent a letter to the Humboldt County Board of Supervisors officially requesting a change of venue for any future meeting on Terra-Gen’s proposed wind farm.

In the letter with today’s date, Garnes writes that it is her understanding that Terra-Gen is prepared to appeal the planning commission’s decision to the board of supervisors.

Garnes notes that previous meetings had overflowing crowds, which included elderly and handicapped individuals who were “denied entry for safety considerations.”

“They were instead forced to stand for hours on end and listen to a small, dated speaker suspended from the ceiling,” Garnes wrote. “At one point, the crowd, which was composed of supporters and opponents of the project, chanted in unison ‘Let us in! Let us in!’ I know you can do better!”

She signs off by offering to help the board of supervisors secure an “appropriate venue,” writing that the city is “requesting that you hold this meeting here in
either Rio Dell or Scotia."

Read the full letter below: