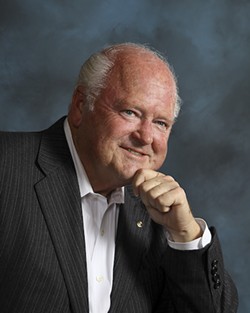 Corky Cornwell, a pillar in our community has passed away at the age of 79, will be remembered forever. He battled cancer for over 6 years and never lost the twinkle in his eyes or his spirit.

Corky was born at St. Joseph’s Hospital in 1943 to parents Ray Cornwell and Myrtle Rose Moore. In his younger years he was raised in Coquille, Oregon. A fellow first grader called him “Porky”. When little Ralph Cornwell turned around to give the kid a knuckle sandwich the bully cried out, “Corky! I called you Corky”! Decades later, the legacy of the bully who tried pick a fight, instead created a name that became one of the best known on the North Coast.


Corky came from very humble beginnings. At the age of 16, he met his first love, Roselie Ruth McGuire, at an Arcata Community dance. They were married 3 weeks later. They had two children. He accepted his responsibilities as a father and husband, dropped out of high school and went to work. Corky would later return to adult education classes in Eureka and obtain his high school diploma. He was driven to succeed and pulled himself up by the bootstraps. And succeed he did!

After Roselie died in 1978 of cancer, Corky purchased 14 acres on the Trinity River outside of Willow Creek where he built a beautiful A-frame. He would spend countless hours on his backhoe clearing the property, working in his shop, splitting firewood, fishing, and driving his 1943 Jeep Willy. Corky and friends would watch the annual speed boat races from his very own beach. His most memorable times at “his little piece of heaven” was spent with his grandsons, Ray, and Brandon. 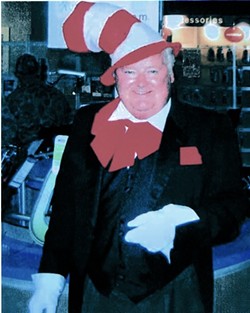 Corky wielded an enormous influence upon truck routes and which trucking companies would be awarded LP contracts.He was a force to be reckoned with in the Chip/Trucking industry. Controlling the sheer volume of chips made him a key player in the price of chips and trucking.

Others in the industry, up and down the coast of Washington, Oregon and California paid close attention to what Corky said. What Corky said had an impact on their cost and profits. Quite an accomplishment for a kid from Orick!

In later years, Corky and his best friend, Rory Hanson, always attended the Ducks Unlimited dinner. It was a tradition that they would get a gift for the other. At the 1993 DU dinner, Rory was the highest bidder for the Motorola flip cell phone and gave it to Corky.

The very next week, Corky takes the cell phone to NorCal Cellular. At the end of the day, Corky walks out buying the cell phone business. “Cell phones was an area that I had some interest, thinking it could turn into a lucrative future.” Corky said at the time, not fully anticipating how widely used they would become. “It just went nuts!”

Months later after purchasing the business, Corky walked into Times Printing for business cards and fell in love immediately with Annie. Upon leaving the business, Corky called the owner, his friend Lane Strope, and asked if the girl at the desk was available. That was the beginning of their 30-year relationship. Corky proposed to Annie at the Ingomar Christmas Party up in the cupola of the Carson Mansion overlooking the beautiful Christmas lights in Eureka. Corky chose that location because if Annie ever became upset with him, he would drive her to the Carson Mansion, point up at the proposal sight and tell Annie he loved her. A year later they were married at Disney World.

Corky renamed the business Redwood Coast Cellular and decided to venture into advertising. He was a consummate and savvy businessman. His first commercials were informative and traditional. His wife, Annie, urged Corky to market his “catchy” name with the business, and use his huge, outgoing personality for advertisement on TV and radio. The business henceforth became known as CORKY CORNWELL of REDWOOD COAST CELLULAR! They wrote many creative, zany scripts! Corky produced and starred in his own unforgettable and boisterous commercials. He was a natural. They both agree the Mad Scientist was their favorite. The rest is history!

The business grew from 64 customers and one store to over 12,300 customers with six stores over a 20-year period retiring in 2014.

After several great trips overseas, they decided to concentrate traveling in the United States, often not knowing their destination in their motorhome! They always towed their 1943 Jeep Willy. It led to many adventures and a lot of fun. They enjoyed many trips with the Elk’s Redwood Roamers.

Corky and Annie enjoyed their beautiful home and hanging out at their property. He loved going over to his shop/garage/office to work on anything he could get his hands on. Corky was quite a collector and loved estate sales, antique stores, and thrift shops.

Corky was diagnosed with cancer in June of 2016 in Chicago while visiting Annie’s family. He was admitted to Northwestern Medical Hospital and given 30 days to live. Corky immediately went into a clinical study that was successful for five years. Of course, Corky would break records for his longevity on the radioembolization study, enjoying many more years of quality life. The family gives their thanks to the outstanding doctors and staff at NWMH.

In August 2021, Corky started another clinical trial, immunotherapy, at UCSFMH. The family expresses their heartfelt feelings to Dr. Kelly, Dr. Baek and the dedicated staff at the Medical Center for their countless hours of care. The family is grateful to Monica Nansel for her priceless role in being Corky’s sidekick for several years.

Corky was an enormous personality. Wherever he went, he was always seen, always heard. The smiles he brought to the faces of those who knew him were countless, and the memories he made were innumerable. Corky approached everything with enthusiasm, good cheer, and a sense of community. Even if you met him just one time, you would remember him. He was not just the biggest personality around; Corky was larger than life.

Living life and working hard made him the person he became. He truly was a self-made man, and one of the hardest workers you would ever meet.


Corky requested that donations be made to the Sequoia Park Zoo.