August 23, 2020
3 comments
While fans of Hawaiian cuisine are rending their Aloha shirts over the impending closure of Eureka's Banana Hut, they may find solace over on Harris Street, where Island Delight opened this weekend. Just a block from the recently opened Jerk Kitchen, it offers a distinctly Pacific Island flavor in the spot that formerly housed Amy's Delight. 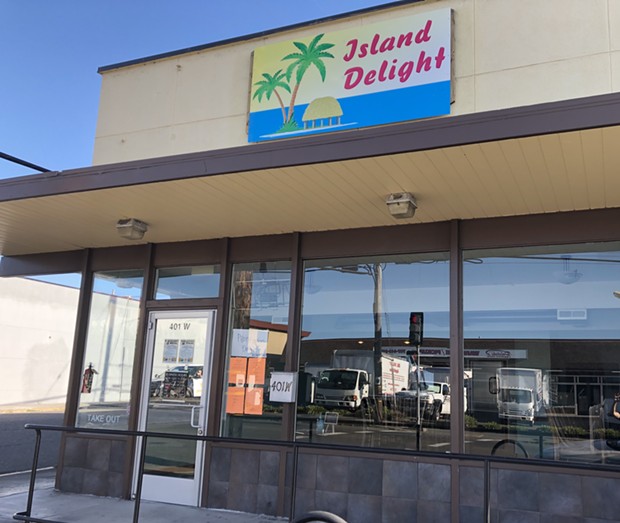 Island Delight is the first restaurant Samasoni Fonoti and his wife Keaka Roberts-Fonoti have opened, and the couple was surprised by the wave of customers that rolled in on their first day for kalua pig, chicken katsu and Spam musubi. “On the first day with the big rush, we didn’t expect that,” says Fonoti, who admits so far the restaurant has no official internet or social media presence. For now, they are only taking phone-in orders for pick up Wednesday through Saturday, and while he's grateful for the business, he feels a little bad for those he had to turn away. 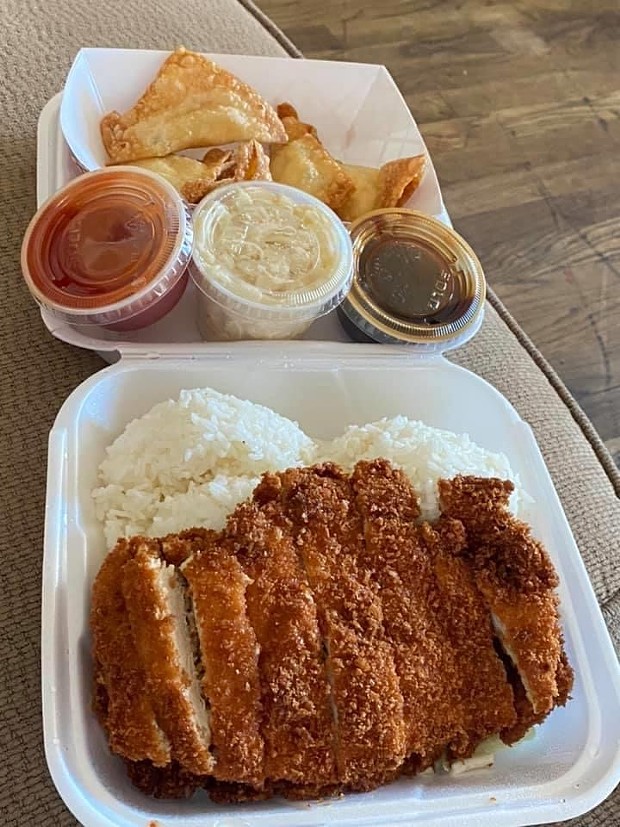 The menu features Hawaiian staples the couple grew up on like loco moco, a beef patty over rice topped with brown gravy and over-easy eggs, as well as fried rice  and lau lau, butterfish wrapped in luau leaves with chicken or pork ($11-$13).

Some may also recognize the fluffy Hawaiian shave ice the family has been selling at the Old Town Fourth of July festival for the last few years, with flavors like banana, coconut, guava and the dramatically named tiger's blood (strawberry, watermelon and coconut).